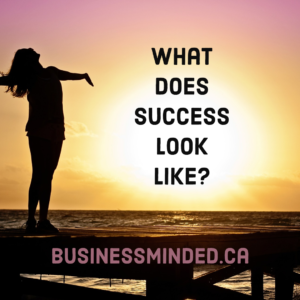 Scrolling through Instagram and other social media feeds, we soon become inundated with an endless barrage of fancy sports cars, pristine sandy beaches, yachts, high-rise patios, and the list goes on. Picture after picture, story after story, surely this is what success looks like.

Success is not achieved by having any of the aforementioned pictures alone. Those celebratory poses, when not faked, often come with a long back story that isn’t near as glamorous. And I’m not referring to trolling city streets looking for a parked Ferrari to take a selfie with. No, I’m talking about the owner of that Ferrari's story. Success looks like the countless years of grinding, on the phone with prospects, scribbling furious notes in online courses, constantly growing, constantly grinding. The long days and late nights, sticking it out when times’ are tough. And that is only one image of success.

Success looks like the teacher who is laughing with her students, celebrating top grades across the class. Taking in the look of jubilation on those students faces, knowing that her years of study, late nights marking tests, staying after school and sacrificing lunches to help others learn. That is the image of success, because she chose to be a teacher. Because she worked hard to earn those cheers of her students.

Success looks like the glitter falling from his hair, because he defined success as being his daughter’s father and best friend. The make-up shining his cheeks to a rosy red, pink lipstick smeared across his face. The endless clean-up, driving to early morning practices, late nights listening to her first heart-break. All the behind-the-scenes care and support. No flashy picture captures that. But the laughter and memories made, that is success. That is his success. That is the success he chose.