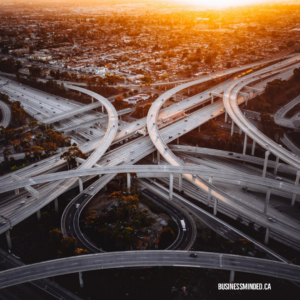 Where does success come from?

Were some people simply born with more talent? Or, is success learned?

To answer that question in true Canadian fashion, let's look at hockey.

In his book Outliers, author Malcolm Gladwell examines the quintessential Canadian pastime, including looking into the storied histories of the world’s top players.

Statistically, the best in the world are born in the early parts of the year, January to March. But there’s more to this anomaly than meets the eye.

As Gladwell goes to show, being born in the early part of the year makes you the oldest on the rink. Since elite players are selected and groomed from a young age, being older gives you significant coordination and size advantages over the younger people you are matched up with. This invariably ends up with coaches and parents touting their child’s sporting prowess, and enrolling them in more practice time.

The increased number of hours devoted to an area of interest unfailingly develops skills at a faster rate. And those kids that were “naturals” at hockey? Well, increased ice time makes them better players.

But what about those late-year children? Are they any worse at hockey? Or are there undiscovered phenoms, the proverbial diamond in the ruff?

The unfortunate reality for many is, we’ll never know. They will simply never get their shot at success on the ice rink.

All because of a story they were told as a child.

Certainly some things we aren’t good at. Fact: Nobody is great at everything.

But are you selling yourself short because of a story that you’ve held onto for years without properly testing?

And put those statements to the test. Don’t think you can write? Try writing. Sales? Try selling an idea to a friend or colleague. Talk to strangers? Try starting a conversation.

It’s time to unshackle yourself from those long-held and never tested narratives. Your success belongs to you. Not to some false negatives installed on your mind when you were a child.

This is your story. Write it for yourself.

Oh, the places you’ll go. In the timeless words of Dr. Seuss “You can steer yourself any direction you choose…. And will you succeed? Yes, you will indeed. 98 and ¾ percent guaranteed.”